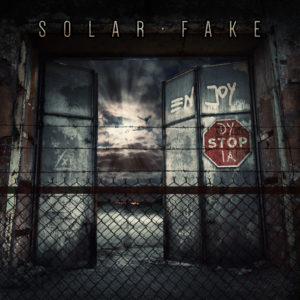 Today, the much-anticipated new SOLAR FAKE album, ENJOY DYSTOPIA, finally will be found in the stores, or if you pre-ordered it and the postman didn’t get stuck in the snow, delivered right to your homes.
The album is available as CD, 2CD deluxe version, 2LP vinyl version and limited fan box. According to the record label, the fan box is already sold out, there are only some remaining copies available at Amazon.
For the release, Sven has recorded a little video greeting. Of course, you can find it on our YouTube channel:
https://youtu.be/UYHrd8O2bxk

You can find all information about the new album here: https://solarfake.de/enjoy-dystopia/

As explained by Sven in this video, because of the still ongoing pandemic of course there can’t be any traditional release concert, but you’ll still be able to celebrate the release of the new album together with your favourite band. 😉
Solar Fake at Second Radio, on 12 February, starting 8 p.m.:
www.secondradio.de
Stream: stream.secondradio.de/
Chat for this broadcast on www.solarfake.de/chatroom
Solar Fake special with DJ Murmel at Twitch, 13 February, starting 1 p.m.:
http://www.twitch.tv/djmurmel
Info: www.facebook.com/events/419806939246156/ 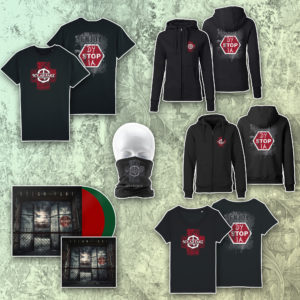 Along with our new album there will be new tees, new girlies, new hoodies and new neck gaiters available in the Solar Fake online shop, where you can also find the 2CD deluxe version and the 2LP vinyl of the new album.
We hope that you’ll like the new merchandise, of course it’s of the best quality, like always, the shirts are made of organic cotton, produced with non-toxic colours only, and fair wear.
Of course to be found here: https://www.solarfake.de/shop 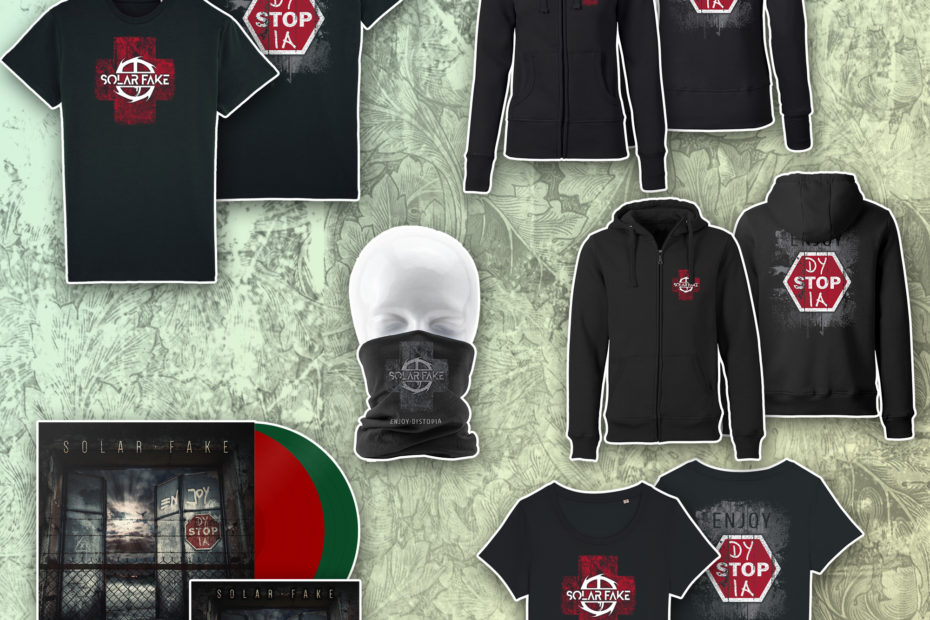