the request for our participation in Winter Snow Festival, Moscow was very spontaneous. Just enough time to apply for a visa and receive it from the agency.
On Dec 2nd we left Berlin for Moscow, the concert was scheduled for the next day. 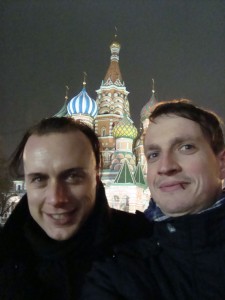 Our show was great. We’ve had so much fun and received so much enthusiasm from the Moscow audience… we couldn’t believe it. We were really overwhelmed… an unforgettable experience!!! I received great gifts from fans, they are all placed in a special place at home.
Rabia Sorda played after us, I really loved their show… then it was time for Deine Lakaien, who played an extraordinary minimalistic electro set. Only 2 persons on stage, Alexander and Ernst, performing minimal electro likein the early days. Wow!

To draw a conclusion: We want more of that! We’d love to come back to Russia to play  more shows! We’d like to thank all our fans so very much! 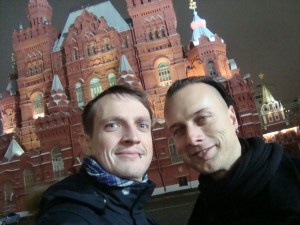 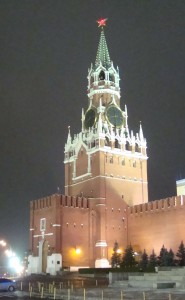 so here it is… the last day of this tour. We are in Cardiff and have visited the city. 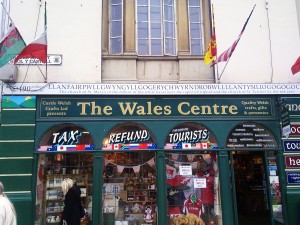 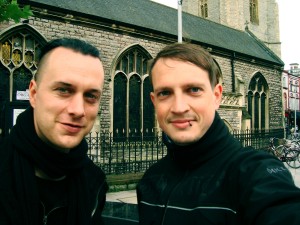 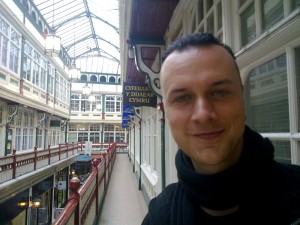 “The Globe” is a beautiful venue. But VNVs soundcheck was delayed by 2 hours due to power supply problems on stage. So our soundcheck was really stressy. But everything was finished right in time at 6.58pm. Doors opened at 7 😉
It wasn’t too packed but the audience was in a good mood and dancing all the time. So this was a really cool tour- final.
At this point we just can say… we want to come back. The UK seems to like us.
Sothere’s not much left than to thank VNV Nation for taking us on this tour.

we woke up this morning in Southampton, quite surprised by the venue. From outside it was looking like a common dwelling house with a pub on the ground floor.
Once inside the club we were surprised how big it was. So, I guess the truth is somewhere in-between 😉 After stage setup and soundcheck and the daily search for food (Pizza this time) we went on stage and started the show. We got a great feedback from the audience again.
Today we unmounted our equipment from stage directly into the trailer, because ‘back stage’ was just outside the club ;-). Tomorrow we’ll have the last show on this tour…

Dear diary,
today everything went better. Ronan has had all kinds of medicine and he can talk and hopefully even sing tonight. Maybe Koko is the most beautiful venue we’ve ever played in. It’s like a theatre with several tiers and quite high.

The show was great for us.The audience seemed to like us very much at it was real fun on stage.
After the show we went across London with the bus to get to our parking position for the next day. Tomorrow is off, as scheduled. Sowe will have some time to visit London. 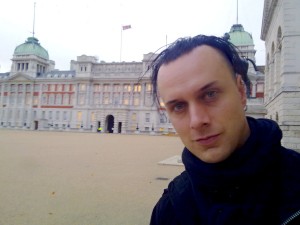 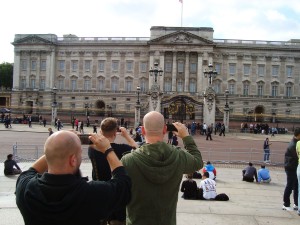 wouldn’t it be boring if everything worked out well? Today really started great. The club was great, the stage was huge and already preconfigured with good light equipment. 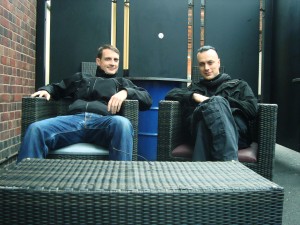 Everyone of us was really excited. But then the show had to be cancelled because Ronan has lost his voice… So we really hope he’s getting well soon so that we can play tomorrow in London.

today everything was fine. We’ve had a delicious dinner in an indian restaurant and almost nothing went wrong during the show. But it wasn’t easy to get any audible freedback from the audience. But we noticed they all were listening to us, so we considered it to be positive 😉 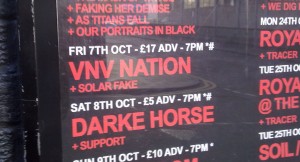 Just a short time after VNVs show doors opened again for a typical style-mix party . After a first skepticism at least about 50% of Solar Fake liked this danceable event pretty much. Strange but funny.
Tomorrow we’ll leave for Birmingham. We already heard a lot about it, so we’re looking forward to it. 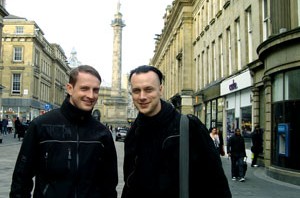 what a day… in Newcastle… Nothing really worked out as we all were hoping. The FOH mixing desks were delivered late and somehow everything was a little messed up….

After the doors opened the night became really great. We were welcomed much warmer than in Glasgow and the whole gig was absolutely cool. We really had a lot of fun.

After the show we were looking for food again. Not as funny as in Glasgow, but we’ve found something really tasty where we didn’t expect it. Later in the venue we’ve had very nice conversations and again later funniest stories in the tour bus. What a great night!

after a long time of absence we’d like to tell you another story from our tour life.
On Tuesday morning we started again with our friends from VNV Nation. This time our destiny was the United Kindom. After countless hours in the tour bus we arrived in Glasgow on Wednesday afternoon. While trying to find something to eat around the club we had to realize that it’s all a little different here… almost everything is fried, even Mars or Snickers… Via facebook we got the tip to keep away from ‘black pudding’. After we found out what exactly this is we’re even more thankful for this advise!!!

Due to the lack of space in the bus and on most of the stages we decided to leave our large and space consuming keyboard stand made of truss at home and create an alternative made of reconstructed notestands 😉 Advantage: Sven’s got enough space on stage and setup is really fast. Disadvantage: Franks back is aching because the level of the keyboard is a little too low… But the show was fine anyway.

Our workday started at about 5:30 with the soundcheck. Aside from some calibrations on Svens vocal effect it all was done quite quickly so we could concentrate on the show. Doors opened at 7 and luckily it became very crowded until we entered stage at 7:30. We expected the audience to be rather quiet and they were in the beginning. After the songs they applauded more and more and some started dancing while the club became more and more packed. In the end the atmosphere was really good.

Thank you Glasgow, for the friendly welcome on our first show in Scotland!
After the show we went to the merchandise, signed some items and talked to people and our first good impression of Glasgow has been confirmed.

At night we went out to find something to eat. We don’t think we’ll ever publish the videos we shot there… but one thing is for sure: it’s been fun.
Dear diary, tomorrow we continue to Newcastle. We’re curious.
See you tomorrow.

What an evening, dear tour diary.

After my car had broken down in the middle of nowhere the night before, the other event went well for me after all thanks to the help of a friend. Although I slept only three hours I was prompt and could do the sound check at 4 pm in the Postbahnhof.

That night our show had been placed at primetime because This Morn Omina had to cancel their show. That way we had more play time and we were able to perform two more songs than in Cologne. We also completely changed our setlist to create better suspense. The audience showed us that we had done well. Thank you Berlin for the great atmosphere!

After our show we enjoyed the further evening and watched the VNV Nation concert.

Then the long longed for concerts were over. So now all we can do is wait for the next one.

after having spent several weeks in anticipation finally the day had come. We hit the road again in the morning of Dec 26th, heading towards Cologne. When we arrived it was like coming back home to a large family. Everyone fell into each other´s arms and was glad about the reunion…

The sound check was rather unspectacular – as usual. Stage time came closer quickly. Then finally we were on stage again and I dare say Cologne: you were great! People were taken away by the music right from the start and it was great fun for us.

Right after the gig we packed our equipment and I (Frank) jumped into the car and headed off to the highway since that evening I had another event about 350km away. Sven also headed off to Berlin the same night since he wanted to be prompt and as well rested as possible in the Postbahnhof.

That was that, more to come tomorrow in Berlin…